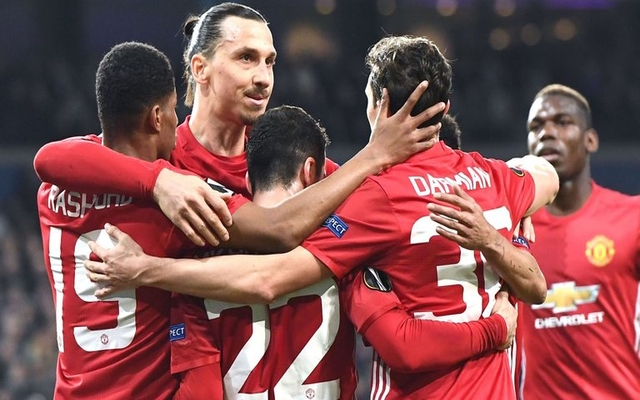 Man Utd forward Zlatan Ibrahimovic is reportedly edging ever closer to securing a move to MLS to join LA Galaxy as he prepares to embark on a new challenge.

The 36-year-old moved to Old Trafford as a free agent in July 2016 after his contract with Paris Saint-Germain expired.

In turn, he has gone on to score 29 goals in 53 appearances for the Red Devils, winning the Europa League, League Cup and Community Shield last season.

However, a serious knee injury ended his campaign early and he has continued his rehabilitation this year while suffering a setback last month which has kept him sidelined in recent weeks.

Coupled with the addition of Alexis Sanchez this month, it could spell the end for Ibrahimovic at Man Utd, with ESPN reporting LA Galaxy are growing confident over their ability to wrap up a deal to take the Swedish icon over to MLS.

It’s even claimed in the report from ESPN that a source has claimed the possible deal for Ibrahimovic is ‘the furthest along it has ever been’.

That would suggest an agreement is likely, and in truth, while it will be a disappointment to see him leave the Premier League and Ibrahimovic will undoubtedly feel as though he can still do a job at Old Trafford, it seems like the most sensible decision for all concerned.

The veteran forward would have been a hugely important and useful part of Jose Mourinho’s plans to kick start his United tenure, but with Romelu Lukaku the top choice as main striker, coupled with Sanchez adding competition for the likes of Marcus Rashford, Anthony Martial and Jesse Lingard, it’s a struggle to see how Ibrahimovic breaks into the team and plays regularly.

That’s something that he will surely want before hanging up his boots as this could also be the better contract offer, potentially his last deal before calling it a day.