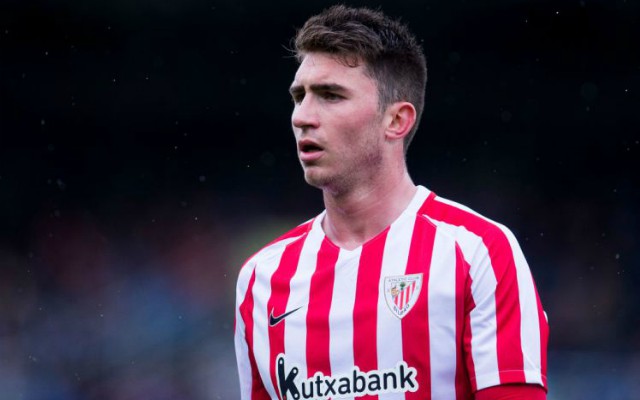 Man City are reportedly expected to complete a £57m deal to sign Athletic Bilbao defender Aymeric Laporte imminently as he arrives for a medical.

Pep Guardiola boasts a strong squad already, guiding them to a 12-point lead in the Premier League title race while they’ve made the League Cup final and are still chasing the FA Cup and Champions League.

However, if there is an area that could be improved, it’s the defence. Vincent Kompany continues to struggle with injury setbacks, leaving little depth and cover beyond John Stones and Nicolas Otamendi.

As a result, signing Laporte would be a sensible move, with The Mirror reporting that the 23-year-old will see City activate his £57m release clause, which would make him their club-record signing as it’s just above the previous record held by Kevin De Bruyne at £55m following his move in 2015, as per BBC Sport.

Further, the Mirror add that he’s expected to undergo his medical on Monday, with official confirmation of his switch likely to be announced in the next 24 hours.

Laporte has made 222 appearances for Bilbao since breaking into the team in 2012, establishing himself as one of the finest young defenders in Europe.

Pairing defensive solidity with technical quality on the ball, he’ll arguably be a perfect fit for Guardiola’s style of play, while he’ll add much-needed depth in the backline as he will undoubtedly hope to displace either Stones or Otamendi in the starting line-up.

With City competing on various fronts, another option at the back was arguably needed. It appears as though the hierarchy will back Guardiola with another big-money signing, handing the Spaniard and his squad a major boost for the second half of the campaign and beyond.

In contrast, it’s another concern for their rivals to see them strengthen further while for Kompany, it could see him pushed down the pecking order.