Arsenal are reportedly prepared to pay around £44million to seal the transfer of Atletico Madrid forward Yannick Carrasco, according to Mundo Deportivo.

The Belgium international shone against Arsenal in the Champions League a couple of years ago whilst still a Monaco player, scoring the third goal in a 3-1 win for the Ligue 1 giants.

Carrasco has since shone in La Liga, though he no longer looks entirely sure of his place in Diego Simeone’s starting eleven, leading to some doubts over his future.

Mundo Deportivo now claim Arsenal are interested and ready to pay up for the 24-year-old this summer, with Arsene Wenger still an admirer of the player after watching him shine against his side.

It’s clear the Gunners could do with strengthening in attack after losing both Alexis Sanchez and Theo Walcott as options out wide this January. 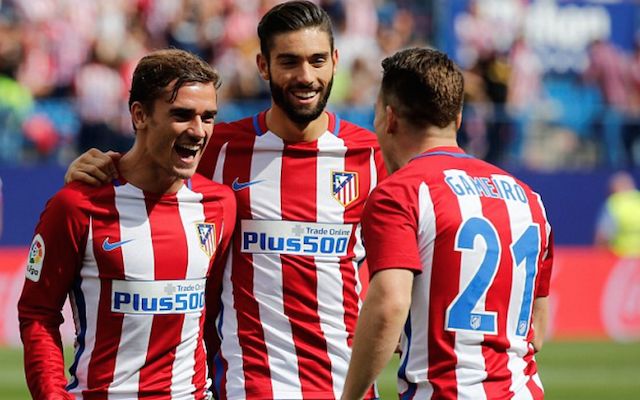 Yannick Carrasco is a rumoured transfer target for Arsenal

Henrikh Mkhitaryan has come in at the Emirates Stadium, but Carrasco would provide more width and looks decent value if £44m proves enough to persuade his club to sell.

Mundo Deportivo add that Juventus also seem to be showing an interest in Carrasco, who has a release clause of £88m.

That, however, would surely be too expensive for most sides to consider, though Arsenal fans would hope there can be some compromise on a fee as he could prove a smart buy for their club.