Former Arsenal midfielder Alex Song is back training with his old club after being told he can leave Rubin Kazan on a free transfer.

The former Cameroon international is seemingly just keeping fit at the training facilities at Arsenal, but some Gooners may be tempted to advise their club to re-sign him.

Song left Arsenal for Barcelona in a surprise move back in 2012, but he ended up barely featuring for the Catalan giants and going out on loan a few times.

The 30-year-old put in some decent performances in two loan stints with West Ham but then ended up moving to Russian outfit Rubin Kazan in 2016. 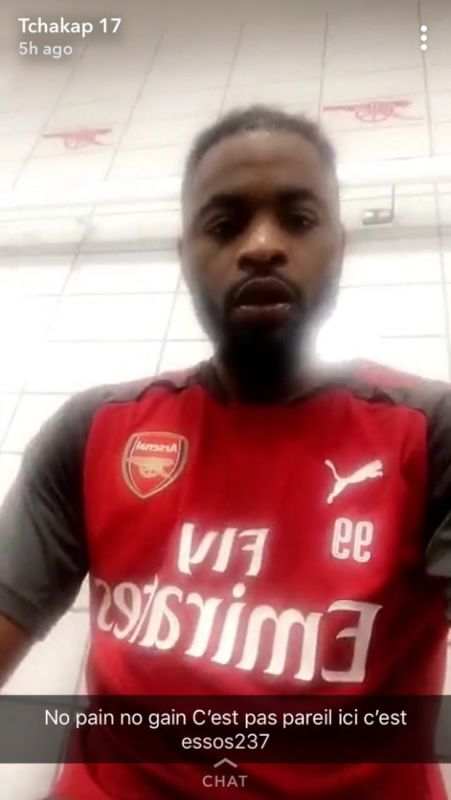 Alex Song is training with Arsenal

However, the Metro claim their financial troubles mean they’ve told Song he can leave on a Bosman, though it is surely unlikely that Arsenal would actually take up the chance to bring him back at this stage.

Despite once being a key player for the Gunners, Song is no longer at his peak and the fact that he’s yet to find a new club speaks volumes.

That said, Arsenal have surprisingly brought back Sol Campbell, Thierry Henry and Jens Lehmann in recent years – with the latter of those actually coming out of retirement to sign a short-term deal with the club.

Similarly, Arsenal also re-signed Mathieu Flamini when he initially just returned to Arsenal to train in the summer of 2013, so there’s hope for anyone.

With Granit Xhaka and Aaron Ramsey in unconvincing form this season and Francis Coquelin leaving for Valencia this January, Arsenal could actually do with strengthening in that part of the pitch.