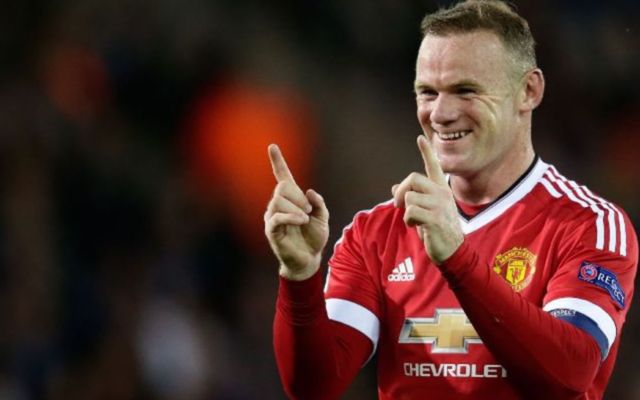 Manchester United legend Wayne Rooney has revealed the best finisher he played with during his time at Old Trafford – Ruud van Nistelrooy.

The England international spent a few years playing alongside the prolific Dutchman, who earned a reputation as a fine penalty box poacher and a big-game player.

Rooney was clearly a huge fan of Van Nistelrooy, naming him as the best finisher he’s worked with despite himself breaking United’s goalscoring record last season.

Cristiano Ronaldo and Robin van Persie are also among the great forwards Rooney played alongside in his career with the Red Devils, so it’s quite a compliment to Van Nistelrooy to give him that honour.

Discussing his old team-mate, he said: ‘He’s the best finisher I played with. He hates not scoring.

‘There were a few issues with him and Cristiano in the second season and Sir Alex made the right decision (to sell him).

Rooney on van Nistelrooy: “He’s the best finished I played with. He hates not scoring. There were a few issues with him and Cristiano in the second season and Sir Alex made the right decision. You knew if you played him in, he’d score.” #mufc [sky]

‘You knew if you played him in, he’d score.’

Rooney was speaking on Sky Sports as a guest on Monday Night Football this evening to cover the Chelsea game, and also offered a number of insights into his playing career.

The 32-year-old also heaped praise on the hard-working duo of Carlos Tevez and Louis Saha, who he enjoyed playing alongside, and named Chelsea legend John Terry as the toughest defender to play against.