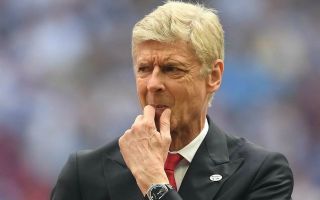 Arsenal will face rivals Tottenham this weekend in the north London derby at Wembley, but Arsene Wenger has got a key decision to potentially make.

Petr Cech limped off in the 5-1 win over Everton last time out, with David Ospina replacing him for the remainder of that game.

In turn, Wenger has now revealed that he still isn’t sure on the veteran goalkeeper’s status, and a late call will be made on Friday to determine whether or not he will face Spurs.

In contrast, he did share some positive news on Nacho Monreal, with the Spaniard key at both ends of the pitch in recent weeks, pairing his defensive work with important goals and assists for his side.

“We are not sure with Cech, he has not practised. I don’t know if he should be available. Ospina or Cech, I will make that decision tomorrow,” he told the media, as per The Mirror.

“Nacho Monreal should be alright.”

Cech has come under fire this season, particularly after that costly error at Swansea City just over a week ago. However, given his experience of playing in such big games and the overall qualities he brings to the Arsenal line-up, his absence will be considered a big loss by many.

However, Ospina has stepped in on numerous occasions, playing in the Europa League and cup games this season, and so he’ll undoubtedly be ready to fill the void and help Arsenal get a positive result.

Scoring goals hasn’t been a problem for the Gunners, and particularly with Henrikh Mkhitaryan and Pierre-Emerick Aubameyang joining last month, it should stay that way.

Keeping them out has been a headache though, and with or without Cech, the fact that they’ve got the worst defensive record of the top eight sides in the Premier League would suggest they’ll have their hands full with Harry Kane and Co.