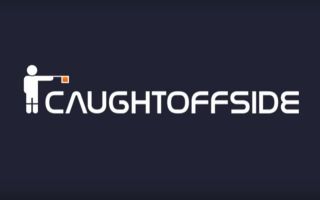 Today’s edition of CaughtOffside TV brings you the latest in world football news in one quick round up – with a look at some of the more light-hearted sides of the game.

Tottenham were in action in the FA Cup last night and won a fairly straightforward replay 2-0 against Newport County, but the real winners of the night are surely the travelling fans for their superb chant mocking Dele Alli over his recent sex tape scandal.

A video has appeared online of the Welsh supporters singing ‘he’s got more public hair than you’ve got silverware’ – which is a brilliantly catchy line we didn’t expect to be hearing this season.

Elsewhere, we’ve got news of more weird fan antics as Mainz supporters threw sweets onto the pitch during a game at Frankfurt, which the referee promptly handed out to some of the players – delicious.

CaughtOffside TV also takes a look at the new England World Cup kit, though there’s no denying it’s nothing on the new Nigeria strip, which you can see Arsenal’s Alex Iwobi sporting in the clip above.

Finally, the VAR debate rumbles on a bizarre incident shows the limitations of the technology once again.

This took place in the Portuguese league game between Aves and Boavista, with the home side winning 3-0 thanks to what Boavista felt was an offside goal that couldn’t be ruled out precisely because one member of the travelling support was waving a massive flag in front of the cameras. It’s really got to be seen to be believed.

PSG could come again for Tottenham ace in January after three failed bids over the summer November 2, 2020 21:28
Tottenham FC