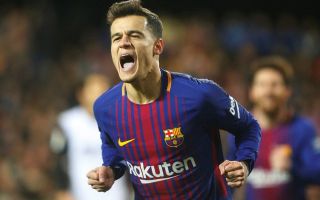 Liverpool fans may want to look away as this Philippe Coutinho goal video is guaranteed to break Reds fans’ hearts everywhere.

The Brazil international has now netted his first strike for his new club, and it was a well-taken effort in the Copa del Rey semi-final victory over Valencia.

Not only that, the £142million man (fee via BBC Sport) was actually set up for the finish by another former Liverpool star in the form of Luis Suarez.

Painfully for those on Merseyside, these two used to combine so superbly during their Anfield days but are now doing the business for Barca – and heading towards some possible silverware as a result.

Coutinho never won anything in a Liverpool shirt, and that could be a big part of the reason he left in the middle of this season to secure a dream move to the Nou Camp.

The 25-year-old is now showing what he can do with this tidy finish against Valencia, and the Coutinho goal got his side on their way to a 2-0 second leg victory and a 3-0 one on aggregate.

Barcelona will now face Sevilla in the final of Copa del Rey as they look big favourites to secure a domestic double this season.

The Catalan giants will be expected to see off Sevilla, and also enjoy a nine point lead at the top of La Liga, with main rivals Real Madrid enduring a nightmare campaign and already looking well out of the running due to being 19 points behind and stuck in fourth place. 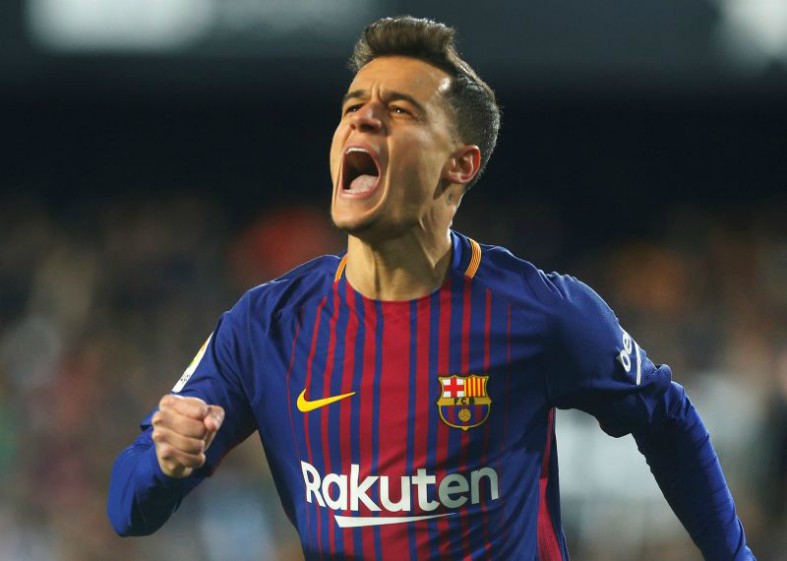