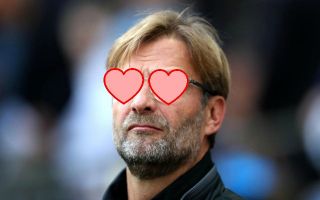 Liverpool manager Jurgen Klopp is reportedly ‘in love’ with Real Madrid goalkeeper Keylor Navas as the Costa Rica international weighs up offers from the Reds and Sevilla, according to Don Balon.

Navas’ position as Madrid goalkeeper looks in some doubt at the moment as Sport again link Manchester United shot-stopper David de Gea with a move to the Bernabeu, though he has a mammoth £115million asking price.

While it seems clear De Gea would be an upgrade on Navas for Real, it seems big clubs remain keen on swooping for the Los Blancos ace if he does become available.

Liverpool clearly need an upgrade in goal themselves after a series of unconvincing displays from Simon Mignolet and Loris Karius this season, and Navas would surely fit the bill.

The 31-year-old would arrive at Anfield with plenty of experience, having won La Liga and two Champions League trophies during his time in Madrid.

In truth, Liverpool fans would take almost anyone over either of their current first-team ‘keepers, with Klopp’s side’s defensive record still leaving plenty to be desired despite plenty of quality on show in attack this season.

It remains to be seen where Navas will end up as Sevilla rival Liverpool for his signature, but Don Balon claim Klopp is a big, big fan of the player and that might always be enough to swing it in Liverpool’s favour.