Bayern Munich defender David Alaba is reportedly a target for both Real Madrid and Barcelona but would favour a transfer to the Bernabeu over the Nou Camp, according to Don Balon.

The Spanish source claims Madrid ace James Rodriguez has become aware of this during his time on loan at Bayern this season amid rumours linking Alaba with a move away.

Don Balon claim the Austria international wants a change of scene at the end of this season and he sees a move to Madrid as his top priority.

Real are also keen on Alaba, who has shone as one of the top defenders in Europe in recent years, offering experience of winning major honours and versatility to fill a variety of roles. 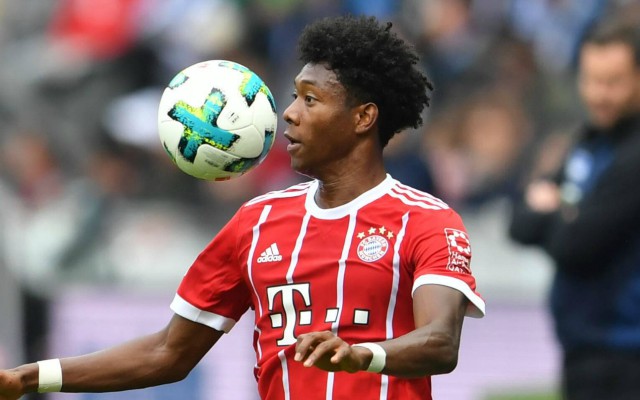 Real look in urgent need of strengthening after a nightmare season has seen them fall well behind rivals Barcelona, so they’ll be pleased to have the edge over their rivals in this deal.

There’s no question Alaba would strengthen almost any top European side at the moment and he’d certainly fit the bill as a ‘Galactico’ signing for Los Blancos, who are known for spending big on the world’s top talent.

Don Balon add that the Spanish giants are prepared to pay around £70million for the 25-year-old.