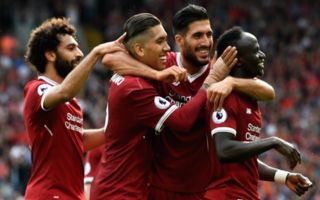 Liverpool have been handed a huge boost with Roberto Firmino committing his longterm figure to the club after a superb season thus far in the 2017/18 campaign.

The Liverpool Echo have reported comments from the Barzilian forward with the star stating that he foresees himself at Liverpool for many more years and want to turn his attention to securing silverware for Jurgen Klopp’s side.

“I’m very happy here at Liverpool and I do not see myself out of that club for years to come.”

Firmino added, “And all this support makes me even more willing to conquer great things wearing the shirt of Liverpool.”

Firmino has slowly established himself as a key talisman for the reds since signing from German side Hoffenheim in 2015 for a fee of £29m. (Fee per DreamTeam)

Firmino now has 32 goals to his name in the Premier League despite having played under 100 games in the top tier English division for Liverpool.

The Brazilian has also proved his ability to create chances for his teammates and has five assists alongside his eleven goals in the Premier League for Liverpool this season.