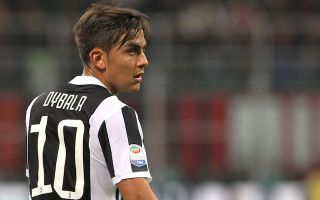 Tottenham have been handed a huge boost ahead of their mid-week Champions League fixture against Juventus with Andrea Barzagli the latest star to be ruled out of the clash.

The respected Italian outlet CalcioMercato have reported that the experienced defensive star Andrea Barzagli will now definitely miss the first-leg clash as the Italian joins a growing list of Juventus stars that are likely to be sidelined.

The above report also states that Juan Cuadrado, Douglas Costa, Blaise Matuidi and Paulo Dybala are all also likely to miss out on featuring in the crucial home tie with Spurs due to injuries.

The news is certain to be music to the ears of Tottenham fans and Spurs will surely feel that they could not have been given a better chance at defeating last year’s Champions League finalists.

Further, Juventus looked a shadow of the side that was on display last season in the Champions League after suffering a 3-0 away defeat to Barcelona in this season’s group stage.

The Serie A giants only came undone last season in the Champions League when they met Real Madrid in the final in Cardiff.

Moreover, Juve have struggled to maintain their usual convincing grip over Serie A with Napoli providing a surprise title charge this season.

You would have to feel that Tottenham are unlikely to ever be given a greater chance at defeating the European giants given Juve’s recent injury woes.