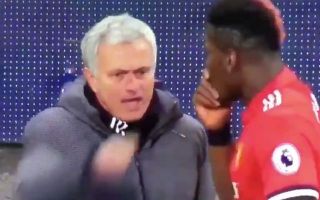 Given that they’re 16 points adrift of Man City at the top of the Premier League table, there is still a major gap to be bridged for Mourinho to compete for the title.

That would suggest that there is still room for improvement in his squad, and Souness believes that the midfield must be the priority for them as he evidently isn’t overly impressed with Paul Pogba.

“(Pogba) still doesn’t understand what is required to play that position properly,” he told The Times. “Pogba simply cannot be one of two in central midfield. You cannot rely on him. Against the lesser teams you’ll get away with it, but against the better teams you’re not going to.

“He plays like a schoolboy running after the ball in the playground.”

Particularly having let Henrikh Mkhitaryan leave last month, albeit the Armenian international struggled to find his best form at Old Trafford anyway, Souness is also convinced that there is a distinct lack of a creative spark to feed the likes of Romelu Lukaku at Old Trafford.

“He could do with an Eriksen-type doing that for him. United are crying out for a clever passer. He’s still a couple of proper midfielders short.”

Souness wasn’t particularly complimentary of Ander Herrera either, describing him as “nothing special other being a busy bee”. In turn, it’s fair to say that he believes a lot more work is required to rectify the situation.

Mourinho will undoubtedly have a little more faith in his players than that, but ultimately it’s hard to disagree with Souness’s suggestion that a creative player is needed. Anthony Martial, Marcus Rashford and Jesse Lingard all offer top options, but that cleverness and ability to play killer passes is still missing.

As for Pogba, there is no denying that he is a top-class player. However, he hasn’t convinced like he did at Juventus, and whether that’s Mourinho’s tactics and the role given or the Frenchman simply just not living up to expectations, Souness still isn’t convinced by him after 18 months back in England.