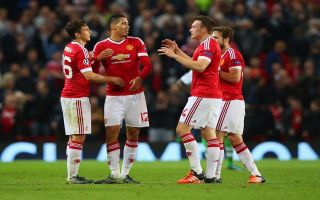 Man United fans are fuming with Chris Smalling for his first half display in their match against Newcastle in the Premier League this afternoon.

The Red Devils have gone into the break against the Magpies with the score at 0-0, with the home side having the majority of the shots on goal despite not possessing as many quality players that United do.

United currently sit 16 points behind rivals Man City at the top of the Premier League after the Citizens’ 5-1 win against Leicester, so a win here would be absolutely vital in keeping their slim title hopes alive for this season.

A win would put Jose Mourinho’s side seven points clear of third placed Spurs, something that would do their chances of qualifying for next season’s Champions League a world of good.

During the match, fans took to Twitter to slate Man United ace Chris Smalling for his poor first half performance against Rafa Benitez’s side.

Here are a few select tweets from fans slating the England international for his display in the first half against Newcastle.

Chris Smalling is the worst defender in man united history …

If you think Smalling should be a first team for Man United your stupid.

How the ref doesn’t give a penalty to Newcastle is beyond me. Smalling is a poor defender. Man united need to really step it up now

Smalling is thick clumbsy turns like a truck and has worse distribution than yodel but he's playing centre back for man united, it's a real shame

Martial will be dropped soon for Rashford. Smalling is not Man United class and our wingbacks are non-existent going forward. Overall, a shit tactics https://t.co/cpNn1WIJ4g