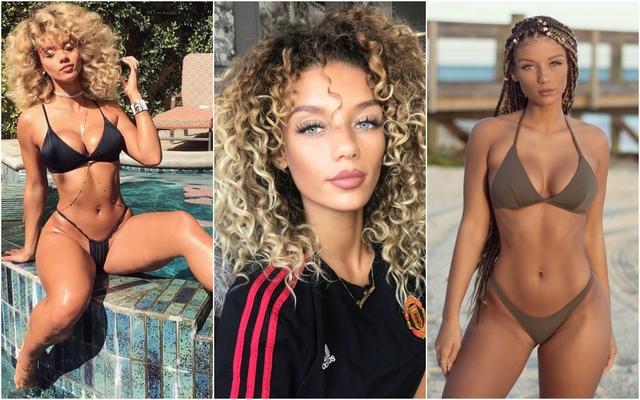 Man Utd star Jesse Lingard’s girlfriend Jena Frumes has made a public show of support for her fella with this Instagram post.

The Californian model and actress was also seen on Instagram stories expressing her annoyance after the Red Devils suffered defeat at Newcastle United on Sunday.

Clearly, Lingard has got the backing of the stunning American on and off the pitch, and she went a step further after the game with this eye-popping post on Instagram.

The pair are obviously pretty busy right now based on Lingard’s commitments with United while Frumes is busy modelling over in the States, but that doesn’t stop her from showing her support from across the pond.