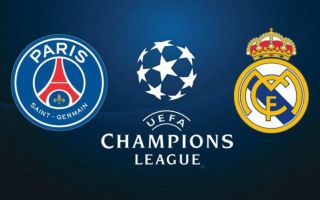 In what promises to be one of the ties of the last 16, Real host PSG at the Bernabeu tomorrow evening in desperate need of a win to give them a lift in what has been such a disappointing season.

With Real’s La Liga title hopes all but lost, it is surely crucial for the club to win the Champions League for a third season in a row to salvage anything from this campaign.

However, Diario Gol claim there could be drama ahead of the game as Bale is demanding to play or he will quit the club, which follows recent links with the likes of Manchester United and Chelsea.

The Wales international could be a fine signing for most top clubs, but it certainly hasn’t gone quite as planned for him in Madrid, particularly in the last couple of seasons.

Gareth Bale has recently been linked with Manchester United and Chelsea

Bale is no longer a guaranteed starter and it remains to be seen if he will get the nod from Zinedine Zidane, with English clubs likely to be taking an interest in the Frenchman’s team selection on the back of this rumour.

Don Balon recently claimed Manchester United were finalising negotiations to bring the former Tottenham winger to Old Trafford, while another report from Don Balon states that Chelsea would be interested in signing him as part of any deal involving Eden Hazard moving to the Bernabeu.

Having shone in the Premier League during his Spurs days, Bale’s return to the Premier League would certainly be exciting for whomever lands him and for neutrals in general as he has the potential to light up the top flight when he’s in full flow.