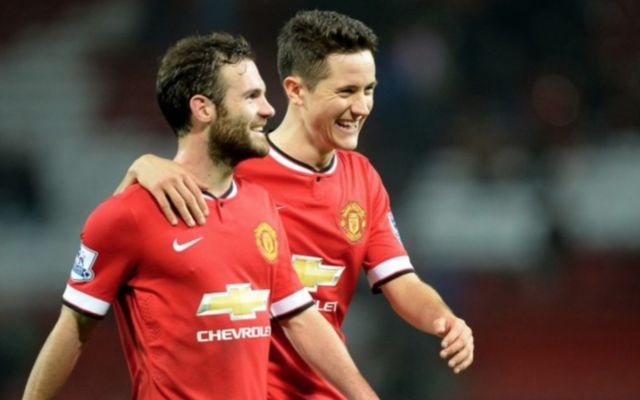 AC Milan are arguably a little light in midfield currently, and that has led to speculation of a summer move for Man Utd star Ander Herrera.

Gennaro Gattuso has heavily relied on Franck Kessie to provide energy, grit and tenacity in his midfield since taking charge, with no other player in the squad capable of replicating what the Ivorian offers.

Lucas Biglia and Riccardo Montolivo are defensive stalwarts who can sit in front of the defence, while the likes of Hakan Calhanoglu and Giacomo Bonaventura are more attacking options as youngster Manuel Locatelli has struggled for consistency and doesn’t offer the same steeliness.

In turn, according to the paper edition of Tuttosport, as reported by The Sun, the Rossoneri could consider a £30m+ swoop for Herrera this summer which could be enough to convince the Red Devils to sell, as per the report.

The 28-year-old joined United in 2014, and has gone on to make 151 appearances for the club. However, after Jose Mourinho’s appointment and the subsequent signings of Paul Pogba and Nemanja Matic, the Spaniard has fallen down the pecking order and will surely be open to a more prominent role.

Milan may well be able to offer him that, and that’s what makes it a sensible move from their perspective especially if they qualify for Europe again next season as they’ll need quality and depth across the pitch.

Kessie has done a commendable job in that role on the right of a midfield three, but the 21-year-old has racked up 35 appearances in all competitions already this season and he has looked visibly fatigued at times which has adversely affected his performances.