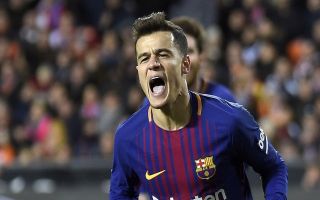 New Barcelona star Philippe Coutinho has revealed the differences between the Spanish giants and Liverpool following his transfer last month.

This is according to the Mirror, who are reporting that the midfielder moved to Spain from Jurgen Klopp’s side in the January transfer window, and that the player has stated some of the differences between the two sides.

As per Sport, which has been translated and re-reported by the Mirror, Coutinho stated that “To play alongside so many great players is much better. Each team has their way of playing and I am still learning how to play here, every day doing the best I possibly can.”

Coutinho then commented on the differences between managers Ernesto Valverde and Jurgen Klopp, saying that “Well, they are different. Each one has their own ways and their own experiences.”

Since joining Barcelona last month, Coutinho has made a fairly decent start to his Blaugrana career.

The 25-year-old has made six appearances for the club in all competitions so far, with his only coming in their 2-0 win away to Valencia in the semi finals of the Copa Del Rey.

During his time with Liverpool, Coutinho worked his way to become a fan favourite, with the Brazilian international managing to score 54 and assist 46 in 201 appearances for the Reds.

Coutinho’s insane dribbling ability and calmness on the ball will see him slot in Barcelona’s team with ease, and with the likes of Messi and Co around him, he should find success much easier to come by than it was at Liverpool.

Judging by his performances in his first few outings for the Spanish giants, it seems as if Coutinho isn’t going to have many problems fitting into Barca’s team. 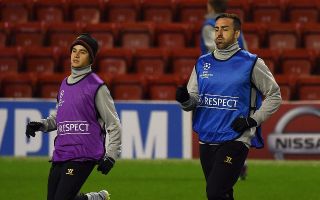