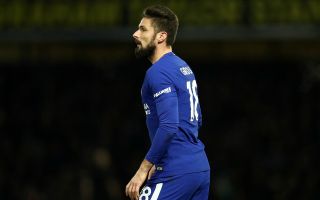 Chelsea new-boy Olivier Giroud has explained how playing in Antonio Conte’s system suits his game better than teams he’s played with in the past.

The France international striker joined Chelsea from rivals Arsenal in a surprise move this January, and has made a promising start with an assist to help Chelsea back to winning ways against West Brom on his home debut.

While Giroud hasn’t always won over everybody during his time in the Premier League, he linked up well with Chelsea’s other attackers against West Brom, and he’s explained why that front three system suits him well.

A typical target man, the 31-year-old has a great touch in tight areas and has the skill and intelligence required to quickly pick out players near him in and around the box.

Giroud displayed that in the 3-0 win over the Baggies, and he’s given his response to his first experience of starting a game alongside Eden Hazard and co. 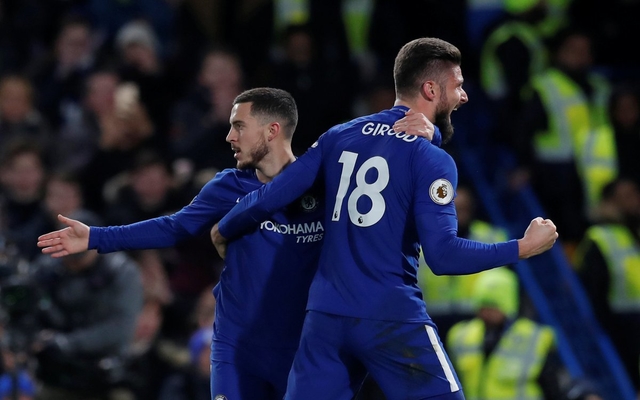 ‘Everything was not perfect because it was the first game. I’m happy but there is still room for improvement. I was very happy to set up the goal for Eden,’ Giroud is quoted by the Metro.

‘It’s easy for me because the two number 10s play closer (to me) than I’ve played in the past, and that’s very important for our game.’

Giroud often looked an isolated figure up front for Arsenal, with the team usually lining up in a 4-2-3-1 in recent years, while at Chelsea Conte tends to use a 3-4-3 or 3-5-2, meaning the central striker always has close support up front.