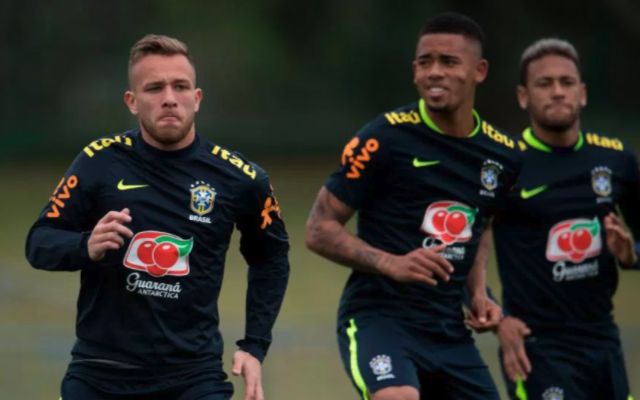 Barcelona are reportedly planning to send officials to Brazil next week as they hope to finally reach a deal to sign Gremio ace Arthur.

The 21-year-old has impressed in his homeland, particularly making a breakthough in 2017 while he has represented Brazil at both U17 and U20 level.

In turn, the Catalan giants have evidently seen plenty of promise and talent there, with Sport reporting that they’re ready to now take the final steps to seal the signing of the Brazilian.

The midfield is undoubtedly an area that needs to be addressed for Ernesto Valverde, as the likes of Sergio Busquets, Ivan Rakitic and Paulinho are soon to be on the wrong side of 30.

As a result, long-term options are needed and Arthur would fit the mould. Further, it would appear to be part of a bigger strategy from the La Liga leaders, as evidenced with the signings of Yerry Mina and Philippe Coutinho in January with the pair still in their early to mid-20s.

Meanwhile, Marca detail the main issue that could hold Arthur’s arrival at the Nou Camp back. Barcelona have already filled their non-EU quota, and so something would have to change in the current squad to allow them to bring the Brazilian midfielder in.

Given that they’re ready to fly out to South America for him, as per Sport, that would suggest that they are certainly serious about a transfer, but any delay in signing Arthur would surely put the move in jeopardy as it will create uncertainty over whether or not he will eventually arrive to join the Catalan giants.