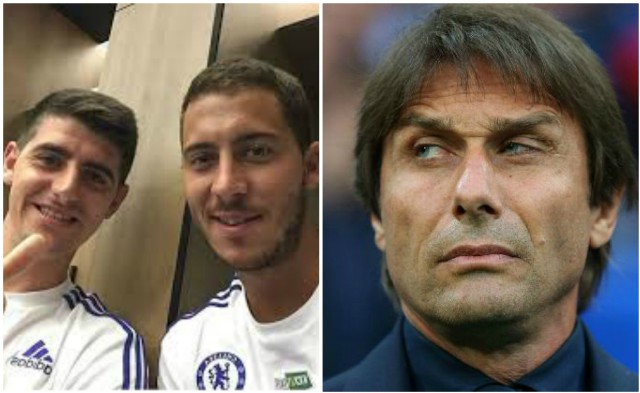 Images of Eden Hazard and Thibaut Courtois have gone viral, with Chelsea fans believing that the pair could be set to sign new contracts.

January signing Olivier Giroud was the latest to insist that Chelsea have to secure the futures of the influential duo, as per The Express this week, with Courtois having just over a year remaining on his contract.

Hazard seemingly isn’t such a huge concern as he’s under contract until 2020, but the point remains that the Blues want their best players on long-term deals to either strengthen the club’s position in the event of a sale or to ideally keep them at Stamford Bridge for the foreseeable future.

As seen in the tweet below, an image of Hazard at the stadium has got Chelsea fans talking with many believing that it could be the start of the process of him announcing that he has penned new terms.

Similarly there was an image of Courtois which also led to the same speculation, but it appears as though Chelsea supporters may unfortunately have got ahead of themselves.

Hazard and Courtois to renew their contract just before an important Barca tie ?

That does look a little like a possible Chelsea announcement video, but respected Belgian journalist Kristof Terreur has poured cold water over the possibility of it being to do with a contract.

As per his tweet below, he claims that it is merely a promo job that Hazard is doing, while he was similarly dismissive of the Courtois picture on Instagram which leads us to believe that it’s just some fans hoping for news. That’s not to suggest that it won’t eventually happen though which will be a great sight for Chelsea fans.