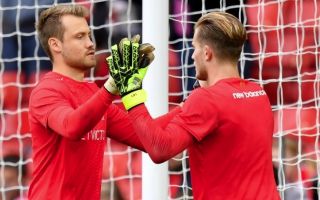 Liverpool will reportedly call a halt to their reported pursuit of Roma goalkeeper Alisson, and instead focus on bringing in a back-up for Loris Karius.

That’s the insight provided by The Times’ Paul Joyce, who claims that the Brazilian shot-stopper will likely not be heading to Anfield at end of the season.

It comes just hours after Sky Sports had suggested that Liverpool were in early talks with the Serie A giants, with Alisson valued at £62m.

However, that no longer seems to be the case and naturally that will spark debate over whether or not that’s the right decision from Liverpool.

There’s no denying that they’ve got problems at the back, as although they’ve been scoring freely with 61 goals in 27 Premier League games so far this season, they’ve conceded 31 in that time, which gives them the second worst defensive record of the top seven sides.

If they harbour ambitions of competing for major honours, they’ll surely have to improve in that regard and the signing of Alisson would arguably have been a major step in doing that given the quality that he has shown this season in Italy.

Nevertheless, to his credit, Karius has come back into the starting line-up in recent weeks and impressed. Liverpool have kept three clean sheets in their last four games in all competitions, and so perhaps Jurgen Klopp is finally seeing the goalkeeper that he believed he was signing from Mainz in 2016.

In truth, that’s a lot of money involved in the reported Alisson deal, and so provided Karius can maintain this level and cut the mistakes out of his performance between now and the end of the season, then he arguably deserves the chance to become the permanent No.1 at Anfield on a long-term basis. 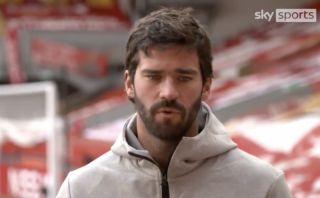