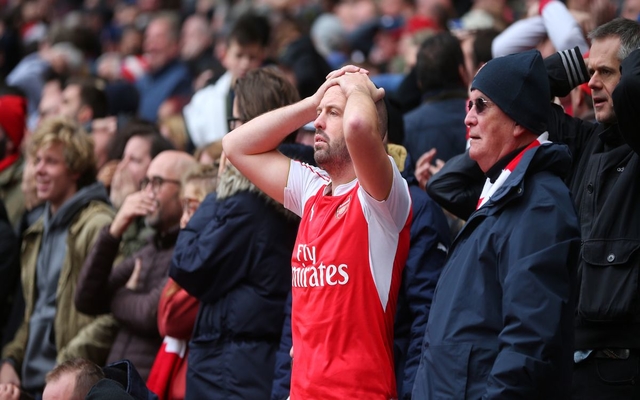 Arsenal goalkeeper David Ospina established himself as a key figure in his side’s 3-0 win over Ostersunds on Thursday in the Europa League.

The Gunners were cruising to a comfortable 3-0 win away from home in the first leg to put themselves in a commanding position, but there was late work for the Colombian international to take care of.

With the hosts awarded a penalty, Ospina stopped the spot-kick to preserve Arsenal’s healthy advantage and it appears to have gone down a storm with the Gunners faithful.

It comes amid growing concern over Petr Cech, as aside from his costly error against Swansea City last month, he turns 36 in May and is perhaps starting to display signs of a natural decline in the latter stages of his career.

While he can boast a wealth of experience at the highest level, he perhaps hasn’t been as reliable as he once was, and so with the threat of penalties in the League Cup final against Manchester City looming, fans want Ospina between the posts given he became the first Arsenal goalkeeper in four years to save a penalty.

It remains to be seen whether or not Wenger agrees with the thoughts below, as he could choose to keep faith in his first choice goalkeeper regardless. However, it’s difficult to make a case for Ospina not to come in for the Cup final at least as he seems to have a better eye for stopping penalties, which isn’t difficult when comparing him to Cech’s abysmal record.

Ospina back in action tonight and we ha a cleansheet. Time to drop cech @Arsenal

Ospina has to be the number 1 going forward.

Ospina should be our no1 for the rest of the season.

Ospina has qualities and a lot of potentials and he has speed. Cech is just a big guy with experience only.

Ospina has to start vs City in the league cup final. Imagine if it goes to penalties and we have Cech in goals ffs.

I swear next time we concede a penalty which should just sub Cech and play Ospina.