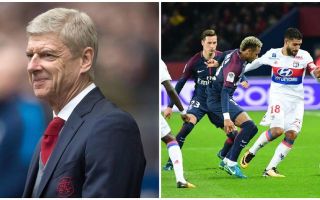 Arsenal made significant moves in the January transfer window, and reports claim it could be the same this summer with moves for Nabil Fekir and Jonny Evans.

In turn, an argument could be made that they strengthened as a result of that shake-up with the creativity of Mkhitaryan and the goals of Aubameyang likely to make up for the absence of the Chilean international.

The Daily Mail claim that more movement is expected early this summer before the World Cup though, and that involves £45m-rated Lyon attacking midfield ace Fekir and a £25m swoop for West Bromwich Albion defender Evans.

The two reported moves could split opinion though, as it could be argued that only one of them is really necessary at Arsenal this summer.

Arsene Wenger already has Aubameyang, Mkhitaryan, Mesut Ozil and Alexandre Lacazette at his disposal in the attacking third, along with depth players Alex Iwobi and Danny Welbeck, and so how he envisages fitting in Fekir too is difficult to see.

There’s no denying that the 24-year-old French international is a quality player, as evidenced by his 21 goals and five assists in 31 appearances so far this season, and so if there is a possible solution, then he would surely be an upgrade in that department.

In contrast, a signing like Evans to bolster the backline is undoubtedly needed. Arsenal currently have the worst defensive record of the top seven sides in the Premier League, conceding 36 goals in 27 games.

If they harbour ambitions of genuinely competing for the title moving forward, that simply isn’t good enough as it’s considerably more than the top teams like Man City and Man Utd. Evans would bring experience and solidity to the team, but again, question marks could be raised as he has been with a struggling West Brom side and turns 31 next year.