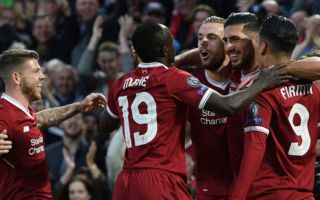 Liverpool remain uncertain on the future of midfielder Emre Can, and so reports have claimed that Tottenham’s Victor Wanyama could replace him.

The 24-year-old is set to become a free agent this summer as his current contract at Anfield will expire at the end of the season, and so with no new deal signed as of yet, it has naturally led to doubts over his long-term future on Merseyside.

In turn, Jurgen Klopp will have a void to fill as Can has been a pivotal figure in the line-up since joining the club in 2014, featuring 40 times or more in each campaign while he’s got 30 appearances to his name already this season.

With Reds legend Steven Gerrard seemingly admitting that Can is going to leave this summer, as noted by The Mirror, it will force Klopp to look for an alternative to offer the physicality, drive and determination that the German international provides.

As per The Daily Mail, Liverpool aren’t looking too far as Spurs ace Wanyama has seemingly emerged on their radar as a potential solution, and he would arguably be perfect for the job given the strength and defensive coverage he can provide.

Both Man Utd and Chelsea are also monitoring the 26-year-old, according to the report, and so firstly it remains to be seen whether or not he can be prised away from Tottenham or not and if so which club he would prefer to join.

Wanyama made 47 appearances for Spurs last season, but an injury has limited him to just 11 outings so far this year. Despite that, he is seemingly still an important part of Mauricio Pochettino’s plans and so it would seem particularly unlikely that he’d be willing to allow him to join a Premier League rival.

Time will tell if that’s the case, but ultimately Liverpool would be looking at the right type of player to address their issue in midfield if Wanyama is indeed a transfer target and Can does leave Anfield this summer.