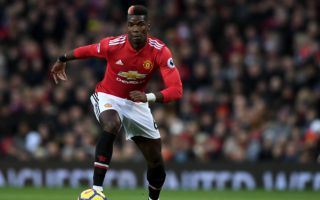 Man Utd have confirmed that they will be without Paul Pogba for their FA Cup encounter with Huddersfield Town on Saturday evening.

The French international has been a hot topic this week, as he has disappointed with his form in recent outings having been substituted in losses away at Tottenham and Newcastle United.

That led to speculation of a rift between him and Jose Mourinho along with exit rumours, but as noted by BBC Sport, the Man Utd boss dismissed all the suggestions and claims and was expected to hand his midfield star a place in the starting line-up against Huddersfield.

However, as seen in the tweet below, Pogba has been ruled out of the tie due to illness, and so instead, youngster Ethan Hamilton will get a chance to form part of the squad and will hope to take away plenty from the experience.

Paul Pogba will miss today’s @EmiratesFACup tie at Huddersfield due to illness. U23s midfielder Ethan Hamilton has taken his place in the squad. #MUFChttps://t.co/7YAoaV45KM pic.twitter.com/Yelg8eTPnu

Regardless of recent form, it is a blow for United and it will be a huge frustration for all concerned as ultimately the desire is there to see the 24-year-old rediscover his best form and continue to be an influential figure for the team.

He’ll have to wait now until the Red Devils face Sevilla in the Champions League on Wednesday night, although naturally there will be concern over whether or not the reported illness will put his involvement in that game in jeopardy too.