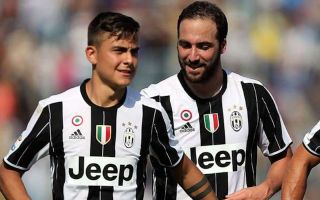 Tottenham have been handed potentially a huge boost ahead of their second leg with Juventus after Gonzalo Higuain limped out of action this weekend.

Higuain was seen exiting the action after just 15 minutes against Torino during a 1-0 win with an ankle injury according to the Evening Standard.

While it remains to be seen whether the Argentine will return to full fitness for the second-leg at Wembley on the 7th of March, it will certainly be a worry for Massimiliano Allegri’s side.

Higuain scored both of Juventus’ goals during the first-leg of the tie and even had a chance to seal a hat-trick before he saw a penalty rocket off the bar.

The Argentine has established himself as one of the most-feared attackers in the world since signing for Juve in 2016 from Napoli for a fee of £75.3m. (Fee per the Telegraph)

However, Tottenham will have also picked up the news that Paulo Dybala is regaining fitness after being sidelined with an injury for the first-leg, with Allegri stating, “He [Dybala] played a good thirty minutes. He is back conditions for the game. He did well, I happy with him” (Comments per CalcioMercato)