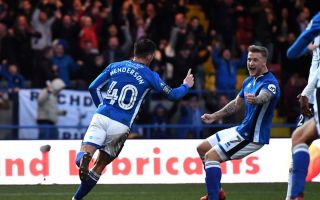 League one side Rochdale hosted Tottenham at Spotland in the fifth round of the FA Cup. The fixture finished 2-2 after late drama.

Rochdale took the lead through 33-year-old Ian Henderson just before halftime on the 45th minute after he finished off a fantastic counterattacking move.

Lucas Moura equalised for Tottenham on the 59th minute with the Brazilian scoring his first Spurs goal since moving from PSG in January.

Harry Kane was introduced to the action with just over ten minutes remaining and his late penalty on the 88th minute looked to have given Tottenham the victory.

Steve Davies however popped up on the 93rd minute after latching onto Matt Done’s ball to give the League One side a replay at Wembley.

While Rochdale’s goalscorers will go down in the club’s history today it was the left-back Matt Done that lead the League One side’s heroic efforts.

Danny Rose has struggled to cement regular playing time this season due to injury accompanied with the fine form of Ben Davies in the Englishman’s position.

Rose’s lack of first team action certainly showed today and the star looked a weak-link in the makeshift Tottenham back four.

29 years I have waited for ‘that feeling’. Boy it is was worth it! Nearly killed myself celebrating. Proud beyond words. Life is beautiful, Rochdale is a great town. Up the Dale.

Magic of the cup is still alive. Well done to Rochdale. #facup

Brilliant all around, that. Proper club Rochdale, that’s what the FA Cup used to be, a tie like that shown on the BBC on a Sunday afternoon.

Rochdale get their trip to Wembley!! Great performance and spirit from this team.. the fans are gonna be celebrating tonight! Matches like this are what the FA Cup is all about! Incredible. #ROCTOT