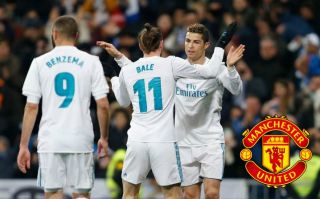 Real Madrid are reportedly looking likelier than ever to sell Gareth Bale after his show of disrespect against Paris Saint-Germain in the Champions League this week.

The Wales international has not had the happiest season at the Bernabeu and no longer looks a starter for Zinedine Zidane based on recent games since he returned from injury.

This has seen transfer rumours emerge of interest from the Premier League, where Bale enjoyed some of the finest form of his career with Tottenham.

Don Balon claim Liverpool have been in for the 28-year-old at around £88million, while another recent Don Balon report suggested Manchester United were edging closer to an agreement to bring him to Old Trafford.

These clubs’ interest in Bale may have been given another major boost this week with AS claiming Real are not happy with the player’s attitude when he was forced to watch the PSG game from the bench in midweek.

Los Blancos earned a crucial 3-1 win over the French giants in their last-16 tie, but this was marred by signs of discontent from Bale throughout.

The report states that the former Spurs man was seen yawning and having a ‘face of stone’ during the match, and later declining to join in the team’s celebrations and acknowledgement of the Bernabeu fans at the end of the game.

It doesn’t look good for Bale at Real Madrid and that’s sure to spark even more links with the likes of United and Liverpool ahead of the summer.

United could do with Bale’s pace and goal threat in attack after a frustrating season has seen them fail to carve open the top sides and keep up the pace with Manchester City, while Liverpool surely need to bring in a new signing after losing Philippe Coutinho to Barcelona in January.