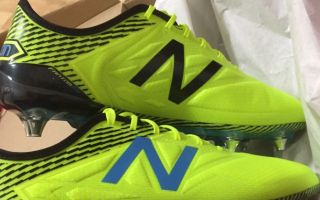 New Balance are no longer the suspicious newcomers on the block when it comes to football equipment. Many eyebrows were raised when it was announced in 2015 that Liverpool had signed a kit deal worth around £300m with the firm, who were – and probably still are – better known for their running wear.

I must confess I was a skeptic at first but New Balance have more than held their own against the likes of Nike and Adidas. And their latest grass boot, the New Balance Furon 3.0, is one of the finest I have tried in the last five years.

Decades of developing comfortable running shoes has clearly paid off. But the new Furons not only help you to move around the pitch comfortably… they also allow you to feel more in touch with the ball.

Many lightweight boots leave the player feeling vulnerable – scared that being trodden on could seriously hurt, if not also do damage. However, the Furon’s are surprisingly resistant as well as being lightweight, meaning you can feel in control without fearing every tackle.

Finally, the design… I left this until last as it ranks towards the bottom of my priorities when choosing a boot. In truth, I wouldn’t naturally seek out something so bright, but once these bad boys have a light spraying of mud on them, they don’t look half bad!

Anyone looking for new boots that can cope with heavy winter pitches but also allow you to feel totally in control when the ball is at your feet, I’d back the Furon 3.0s.