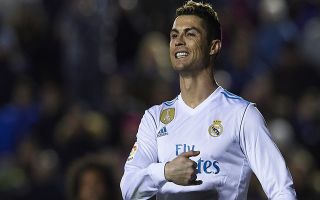 Cristiano Ronaldo has reportedly given Real Madrid the green light to seal the transfer of Tottenham striker Harry Kane to replace the misfiring Karim Benzema.

According to Don Balon, the Portugal international agrees that the Spurs hit-man would be ideal to replace Benzema up front after this difficult season for Los Blancos.

Real would certainly do well to bring in Kane at the moment as he looks arguably the most lethal finisher in world football after a tremendous 2017 saw him finish as top scorer in Europe for that calendar year.

The England international looks ready to step up to a bigger club after his world class scoring displays for Tottenham, and could be an ideal fit alongside Ronaldo and co. at the Bernabeu.

Still, the Daily Mail have previously linked him with the Spanish giants at a price of potentially £200million, which is a huge amount of money even for a club of Real’s size.

This vote of confidence in Kane, however, could prove a major step towards luring the 24-year-old to the Spanish capital in the near future.