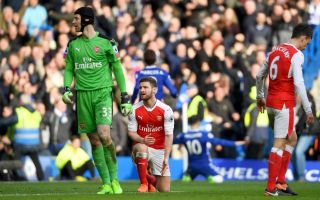 Arsenal goalkeeper Petr Cech has admitted he’s disappointed as he expects to miss out this weekend as the Gunners take on Manchester City in the Carabao Cup final.

Still, it’s a risk that has sometimes backfired for Arsenal, notably in some Champions League games, where Ospina has occasionally looked out of his depth.

That said, Cech hasn’t been particularly convincing for Arsenal for much of this season, with Ospina shining in the Europa League last week as he saved a penalty – something his rival for the number one spot hasn’t done for a while.

Should the Colombian get the nod again for Arsenal, it would not be much of a surprise, and Cech is already expecting to have to watch the game against City from the bench. 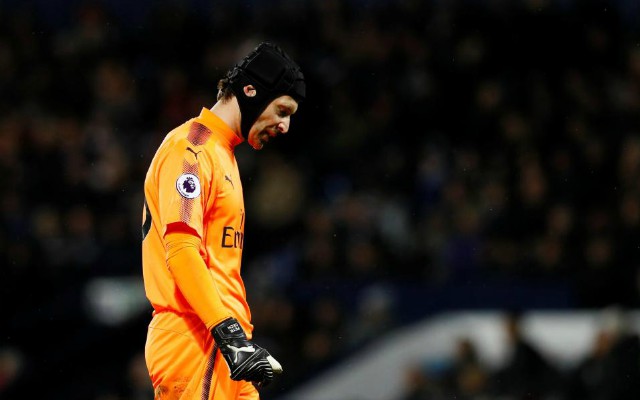 The 35-year-old says he accepts Wenger’s decision, but cannot hide his disappointment at missing this important game for his club.

‘At the start it was clear that it was going to be like that,’ Cech is quoted in the Metro.

‘I will be there with the team supporting but I don’t expect to play. It is always hard to watch any game from the bench or even from the stand if you are not selected.

‘As a player you always want to be involved but obviously you are in a professional club where there are 25 top players and the manager always makes his choices for the game and you need to accept that.’

Cech has won three League Cups in his career, all with Chelsea, and will no doubt still be hoping he can add another to his collection this weekend. 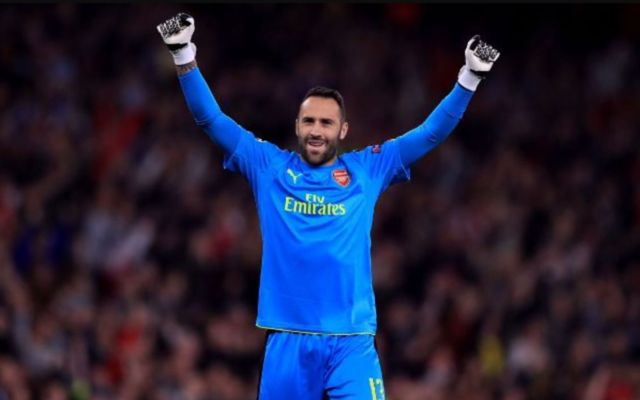 David Ospina should get the nod for Arsenal against Manchester City