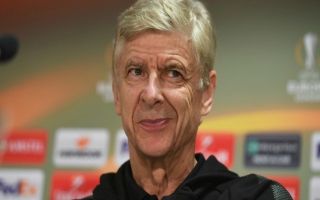 Arsene Wenger has been in charge of Arsenal since 1996, and he may well be sticking around for a bit longer regardless of results, as per reports.

The veteran tactician deserves a lot of credit, as his longevity is unlikely to be replicated elsewhere in today’s football and he has done a great job of bringing stability on and off the pitch to the club.

However, the biggest criticism he has faced in recent years is the lack of major honours, as while he has picked up three FA Cups since 2014, he hasn’t won the Premier League title since 2004, and the Gunners haven’t even come close to the Champions League.

That in turn has led to heavy scrutiny, but according to The Sun, via French outlet Le 10Sport, it’s claimed that given his standing as a ‘club icon’, Arsenal will not sack him and so ultimately it sounds as though unless he decides to leave, he won’t be going anywhere.

Wenger still has just under 18 months remaining on his current contract, but this is a difficult pill to swallow for some as it seems ridiculous to not judge him on results on the pitch and potentially make a very difficult decision to sack him if he doesn’t meet expectations.

Arsenal currently sit in sixth place in the Premier League table, eight points adrift of the top four, although they do have a chance of landing silverware this weekend against Manchester City in the League Cup final at Wembley.

They also have hopes of winning the Europa League which will be a route back to Europe’s top table, but ultimately it just doesn’t seem good enough to keep Wenger in a job.

However, based on the report above, frustrated supporters might be left with growing discontent if he really does have the luxury of not facing the sack regardless of results.

That’s another £10m he will be earning from failure.

We won’t win the premier league again till Wenger goes. At the back we are dreadful.

Yes he has done great things for Arsenal in the past. But time for Change in manager.

He better walk away

I like Wenger a lot for what he’s done for the club in the past. But this makes me really SAD to learn that Arsene Wenger is some kind of a god at Arsenal

Can’t believe they’d let him decide. After another season of complete failure. Of course he’s gonna stay and fail next season all over again.

Jesus what kind of dirt has Wenger got on the Arsenal board? Must be bad. #WengerOut

Here we go again why they giving him the authority to make decisions , what are they afraid of ? This should be he’s last season we can’t suffer another year of not winning anything .