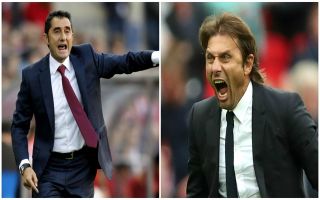 Chelsea host Barcelona at Stamford Bridge in their Champions League clash on Tuesday night, with Antonio Conte desperate to take an advantage into the second leg.

These two sides have had some memorable meetings in this competition over the years, but now Conte and Ernesto Valverde will do battle hoping to secure a first-leg lead.

The Catalan giants are unbeaten in La Liga so far this season and remain on course for a treble, while in contrast it’s been a difficult campaign for the Blues as they have failed to replicate the form shown last year to win the Premier League title in Conte’s first year in charge.

In turn, this game has major significance for both parties, and that’s reflected in the strength of the line-ups selected as both are arguably at full strength.

Lionel Messi will be looking to end a barren run against Chelsea which has seen him go eight meetings without a goal, but despite that he’ll undoubtedly be leading the way for the visitors in this one with Paulinho filling the gap in midfield with Philippe Coutinho ineligible to feature.

As for the hosts, Antonio Conte has made a big call as he’s gone with Eden Hazard as his lone striker up front through the middle, with Pedro and Willian supporting him either side.

That means both Alvaro Morata and Olivier Giroud start on the bench for this one.