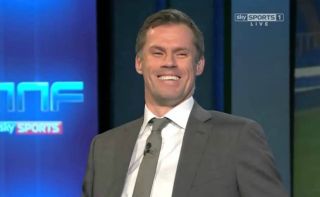 Liverpool legend Jamie Carragher was seen liking and retweeting a video from an Everton fan account that featured Toffees supporters singing a lewd chant about the former defender and his old Reds team-mate Fernando Torres.

Carragher is known for his love for old club Liverpool, despite it being well know that he actually grew up supporting Everton before embarking on his hugely successful playing career at Anfield.

The 40-year-old, now a pundit for Sky Sports, made over 700 appearances for Liverpool between 1996 and 2013, winning the Champions League and two FA Cups among other major honours with the Merseyside giants. 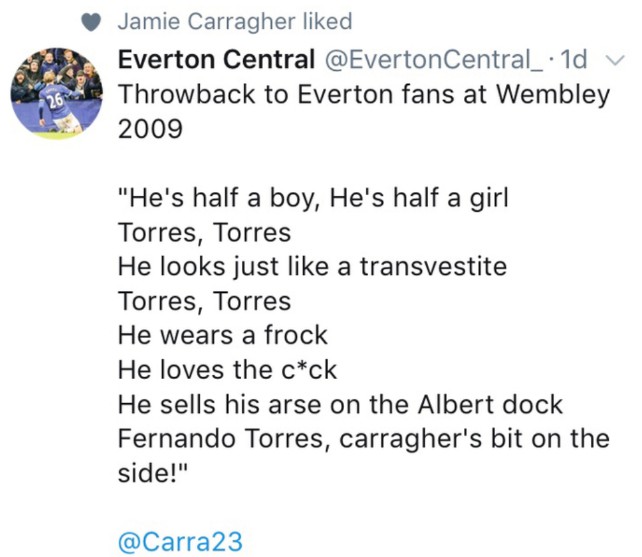 It is little surprise then that Carragher is now the object of ridicule from Everton fans, who were recorded chanting a homophobic song involving him and Torres having an affair.

The chant mainly takes aim at the Spanish striker for his lady-like appearance, with the now-Atletico Madrid front-man sporting long blonde hair for much of his time at Liverpool.

See below for the video that Carragher clearly thought was worth a retweet to his 1.19 million followers…

Throwback to Everton fans at Wembley 2009