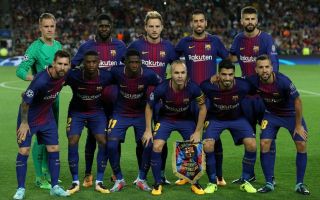 Samuel Umtiti is reportedly ready to quit Barcelona and accept a transfer offer from Manchester United within the next 30 days if his demands aren’t met, according to Don Balon.

The France international has a release clause of just £53million at Barca, which looks an absolute bargain in this current market after his tremendous form since moving to the Nou Camp from Lyon last season.

One of the top centre-backs in Europe, it’s easy to see why Jose Mourinho would be keen on Umtiti at the moment after the poor recent form of the likes of Chris Smalling and Phil Jones.

Another report from Don Balon has linked United with Real Madrid’s Raphael Varane to solve that problem area, but Umtiti arguably looks an even better option.

The 24-year-old is seemingly considering his future as he wants a pay rise at Barcelona, with £7million a year said to be his demand, according to Don Balon.

Barcelona will surely do all they can to keep Umtiti at the club, but they don’t have long to sort out his future as Don Balon claim he’s prepared to accept a proposal that’s come in from United within the next 30 days.

The Red Devils will no doubt be watching with interest as they hope to secure a superb signing ahead of the summer transfer window even opening.

Given Manchester City’s immense success this term, United need all the new additions they can get if they are to close the gap in 2018/19. 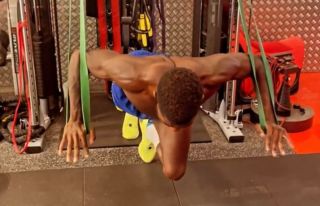