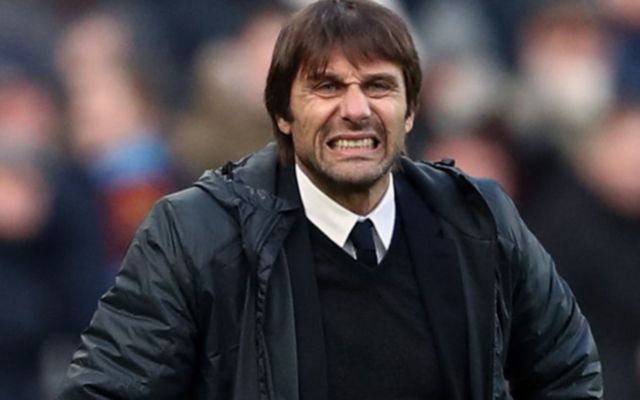 Chelsea fans have reacted to their line-up as they prepare to face Barcelona in the last-16 of the Champions League at Stamford Bridge on Tuesday night.

There’s one area in particular that has got everyone talking, and that’s the decision to start Eden Hazard through the middle with Alvaro Morata and Olivier Giroud on the bench.

That leaves Willian and Pedro to offer support on the flanks, and while it could be argued that the pace and quality between that trio could cause Barcelona problems at the back, many Chelsea fans have reacted with dismay over the key decision, as seen in the tweets below.

It remains to be seen whether or not Conte has got this one right, as that’s a lot of firepower to leave on the bench and a key gamble to take in terms of going with Hazard to lead the line as he won’t offer the same physical presence up top to trouble Samuel Umtiti and Gerard Pique.

Based on the reaction below, few can see the sense behind it, but ultimately, the best judgement will be made at the full-time whistle.

Barca have yet to taste defeat in La Liga this season, and they have put out a very strong side for this encounter with Lionel Messi leading their charge alongside Luis Suarez.

It remains to be seen whether or not that’s the difference between the two sides who have had plenty of memorable clashes in this competition over the years. Some Chelsea fans though are fearing the worst…

WHY IS HE STARTING HAZARD AT 9

2 fit strikers on the bench but Conte plays Hazard as false nine ? Not feeling confident now

Full time: Chelsea 0-22 Barcelona. A night to forget for the blues #CHEBAR

Is conte stupid,just extremely stubborn or both?

I can’t believe my eyes . We actually have 2 strikers on the bench . Drogba shown we Barcelona cannot deal with target men and we have 2 and that shit of a manger benches em both . Serious F him