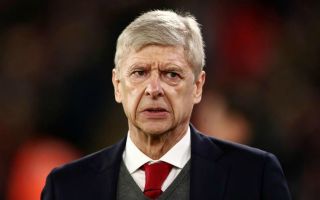 Arsenal will face AC Milan in the Europa League last 16, and the Gunners faithful haven’t reacted to the news with the greatest of confidence.

Both sides have struggled this season, and they’ll be desperate to go all the way in this competition as it seems like the most realistic path back to the Champions League.

They currently sit outside of the Champions League qualification spots in the Premier League and Serie A respectively, and so the Europa League has undoubtedly taken on additional importance.

There is a key difference between the two sides right now though. Gennaro Gattuso has led the Italian giants to an 11-game unbeaten run since the turn of the year, as they now look like the side that many expected them to be when they splashed out on 11 new players last summer.

In contrast, Arsenal have faltered domestically aside from the League Cup, while they suffered a real scare at the hands of Ostersunds on Thursday night as they eventually went through 4-2 on aggregate after falling 2-0 behind at home in the second leg.

All that combined, it would appear as though many Arsenal supporters are fearing the worst and aren’t heading into the encounter with Milan with too much hope.

Arsene Wenger will likely field his strongest possible line-up now though, and so with the likes of Mesut Ozil, Henrikh Mkhitaryan and others at his disposal, he’ll hope they’ve got enough to see off Gattuso and his men.

Another last 16 loss incoming. Got no belief in this squad

If Holding, Chambers and Welbeck’s in the starting 11 then we’re out.

Fun while it lasted. Oh no it wasn’t. #WengerOut

Another round of 16 exit ffs

Bye bye champions league, no way we will progress with Welbeck and Iwobi not to mention our shambolic defence which let 2 goals in at home against the Swedish farmers.