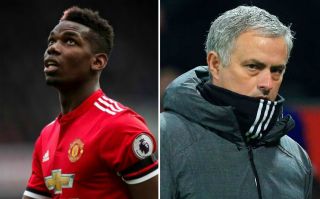 It seems as though Man Utd midfielder Paul Pogba can’t escape the papers at the minute as his problems at Old Trafford continue to make headlines.

Ultimately, it seemingly stems from his struggles on the pitch as he has simply not been performing to the level that he’s capable of.

Having been brought off early and even benched in recent games, he has undoubtedly been knocked out of his stride and that has snowballed into a situation where question marks are being raised over his future at Man Utd with The Mirror noting that they’re even looking at possible replacements.

It remains to be seen whether or not it gets to that point, but The Times claim that there is another individual having a negative influence on the situation, and that’s the French international’s agent, Mino Raiola.

Raiola has been described as a ‘disruptive influence’ by the Times as his ‘meddling’ has added further tension at the club, and it would seem as though he’s merely making the situation worse by getting involved and discussing where Pogba should be playing.

In an ideal world from a United fans perspective, they’ll simply be hoping that Mourinho selects one of his most talented players, and that faith is rewarded in quality performances on the pitch.

The sooner that happens, it’s likely that the rumours and talk of unrest will slowly dissipate. Until then though, it looks like it’s going to be a problem that rumbles on.

It’s not the first time and likely won’t be the last that Raiola has clashed with a club either, as he was involved in a spat that’s still on-going with AC Milan sporting director Massimiliano Mirabelli over Gianluigi Donnarumma which started last summer.

As per Calciomercato, he provided a sarcastic retort to the Milan official as recently as last month, and so the last thing United need is for him to get involved in Pogba’s problems too.