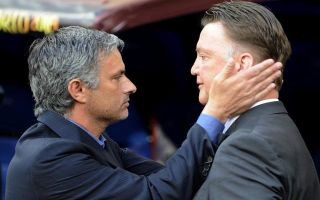 Louis Van Gaal has denied the rumours that he is one of the names in line to replace Antonio Conte at Chelsea.

This is according to Ziggo Sport on Twitter, who tweeted an interview with the former Man United manager in which he stated the rumours about him possibly joining the Blues was ‘fake news’.

The Mirror have reported that the Dutchman is potentially in line to replace Conte should the Italian depart the Blues, however after these words from the man himself, it seems as the west London side will have to look elsewhere.

During his career, Van Gaal has managed to clock up one of the most lucrative and impressive CV’s in football management.

So far, the Dutchman has managed to win seven league titles in the countries of Spain, Holland and Germany, with the former Man United boss also winning the 1995 Champions League with Eredivise giants Ajax.

In 2014 the 66-year-old signed for Man United, a team where he managed to win an FA Cup, with most fans criticising the manager for his boring and unimaginative play style.

Van Gaal was eventually sacked in 2016, with former Chelsea manager Jose Mourinho replacing the Dutchman at the helm at Old Trafford.

Should Van Gaal’s words be true, it seem as if the west London side will have to look elsewhere for a replacement for the current Chelsea manager Antonio Conte.