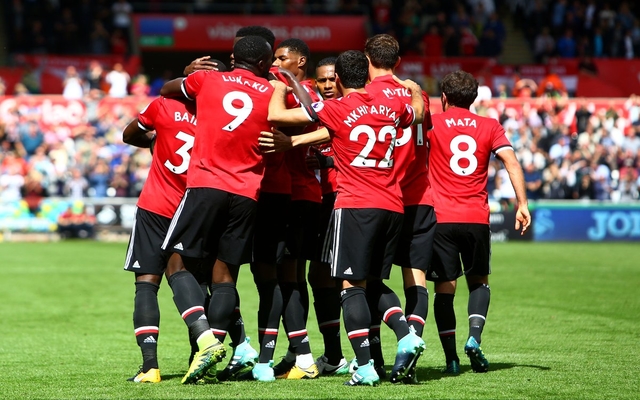 Manchester United goalkeeper David de Gea is prepared to sign a new contract with the club if they basically double his current wages of £180,000 a week.

The Spain international’s situation continues to be watched by Real Madrid, but he’s prepared to commit his future to the Red Devils if they give him a £350k-a-week contract, according to the Sun.

This would be an important move by United and surely well worth the investment, with De Gea showing himself to be a real match-winner after becoming one of the best ‘keepers in the world in recent years.

This season alone, the 27-year-old has stood out for United in some difficult games, making a series of stunning stops in an away win over Arsenal earlier in the campaign, as well as one superb piece of goalkeeping to help claim a 0-0 draw against Sevilla.

It’s no wonder Madrid continue to be linked with De Gea, with Spanish outlet Don Balon recently suggesting a £70million transfer to the Bernabeu could be cards for this summer.

De Gea is seemingly ready to stay at United for the right money, however, with mega-money contracts handed out to Paul Pogba and Alexis Sanchez recently affecting his thinking, according to the Sun.

This seems fair, with De Gea arguably more important to the club than either of those players right now.