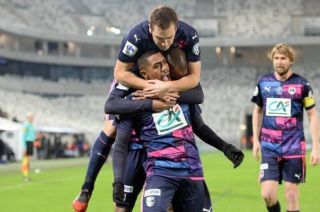 Bayern Munich have joined Spurs in the race to sign Brazilian Bordeaux winger Malcom, who was being valued at £50M by the French club during last month’s window.

This is according to the Sun, who state that Mauricio Pochettino’s side were interested in signing the player last month, however the Ligue 1 side were asking for £50M for the 20-year-old.

The news outlet are also reporting that Jupp Heycnkes’ side have joined the race for the winger, with the German side looking for replacements for current wide men Frank Ribery and Arjen Robben.

Since bursting on the French football scene in the 2015/16 season, Malcom has proven himself to be one of the brightest youngsters in European football.

So far this campaign, the winger has been able to amass a total of eight goals and seven assists in 28 appearances in all competitions, a very impressive return for a player of his age.

Malcom’s versatility is one of the player’s biggest pulling points, with the Brazilian showing numerous times throughout his career so far that he is able to play on either wing and behind the striker with ease.

The forward’s lightning-quick pace and ability to score from almost anywhere within 30-yards has seen some fans label him as one of the brightest prospects in European football, and for good reason.

Should Bayern be serious about signing Malcom, it’ll be interesting to see whether they can beat the north London side to the signing of the Brazilian.