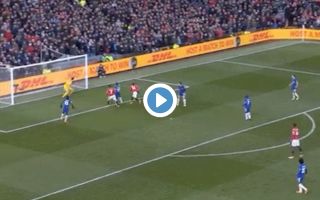 Willian had given Chelsea the lead on the 32nd minute as Antonio Conte’s side executed a superb counter-attcking move.

Willian’s opener was marred by a rare David De Gea mistake for Manchester United fans with the Spanish number one allowing the Brazilian’s effort to beat him at his near post.

Shortly afterwards however Romelu Lukaku provided a vital equaliser on the 39th minute as he scored his 13th goal in the Premier League this season.

The Belgian finished of a move which involved superb build-up play from both Alexis Sanchez and Anthony Martial on the edge of the Chelsea box.

Jesse Lingard was introduced to the action at Old Trafford by Jose Mourinho on the 64th minute as he replaced Anthony Martial.

Lingard latched onto a superb Lukaku assist to give United the lead on the 75th minute.

Mourinho quickly introduced Eric Bailly to the action in an attempt to hold onto United’s lead just six minutes after Lingard’s goal.

You can watch Lingard’s goal below..