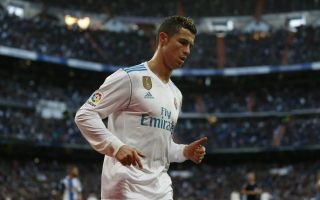 Real Madrid star Cristiano Ronaldo has reportedly informed the club hierarchy that he does not want Karim Benzema to leave the club in the summer transfer window.

The Frenchman has not been at his best this season, scoring just four goals in La Liga so far and showing signs of real decline after over a decade of playing at the top level.

It may be that Benzema will now never rediscover the form that has made him one of the finest forwards in Europe for so many years, but Don Balon claim Ronaldo does not want to see him leave the Bernabeu.

This follows recent speculation that the 30-year-old could be on the move to the Premier League in the summer, with another report from Don Balon linking him as a target for Jurgen Klopp at Liverpool.

Elsewhere, Diario Gol have also linked Benzema with Arsenal, who remain in need of strengthening up front based on recent form.

Arsene Wenger’s side were comfortably beaten by Manchester City in yesterday’s Carabao Cup final, with change clearly needed, even if Benzema might not necessarily be the ideal name to deliver it.

Still, Ronaldo clearly still rates the player highly, so Arsenal or Liverpool would do well to snap him up at this stage.