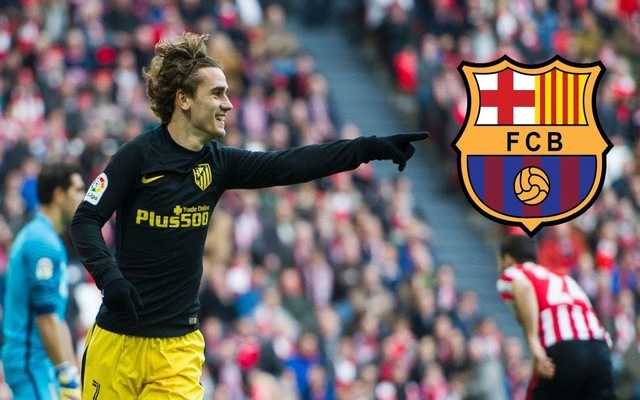 Barcelona lead the way in La Liga, have booked their place in the Copa del Rey final and are still in the hunt for the Champions League.

Yet transfer speculation continues to link them with reinforcements, with Ernesto Valverde potentially set to be rewarded for a successful first campaign in charge at the Nou Camp.

According to Sport, one transfer target in particular has got the whole squad in favour of completing a deal, and that’s for Atletico Madrid forward Antoine Griezmann, who Marca note will cost €100m this summer, as per the release clause in his contract.

Given the French international has bagged 151 goals in 393 appearances across spells with Real Sociedad and Atleti, it’s no real surprise that he’s a wanted man as he would undoubtedly strengthen the squad and add plenty more quality in the final third.

However, there is an argument against it too in that with Luis Suarez, Lionel Messi, Ousmane Dembele, Philippe Coutinho and Andres Iniesta all to accommodate already, is there really space for the 26-year-old too?

Barcelona will continue to compete on various fronts and need options and depth, but that’s a very difficult balancing act for Valverde to oversee if he were to welcome Griezmann to his squad as well.

Nevertheless, Sport claim that the Barca players support the signing, with compatriot Samuel Umtiti specifically mentioned as being a fan of the idea.

Time will tell if a move materialises, but with Barca impressing this season for the most part, adding Griezmann as well will be a real statement to their rivals of their intentions of winning major honours for the foreseeable future.