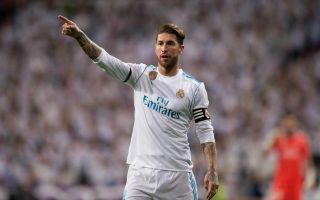 Real Madrid defender Sergio Ramos has reportedly warned his club about sealing the transfers of either Chelsea or Liverpool stars Eden Hazard and Mohamed Salah.

The Spain international is said to be concerned about the effect this could have on young attacker Marco Asensio, whom he believes is the future of the club in that kind of position, according to Don Balon.

Asensio’s future has looked in some doubt lately, with the 22-year-old also linked by Don Balon with the likes of Manchester City in a potential big-money departure from the Bernabeu.

Ramos clearly does not feel it would be worth upsetting Asensio by filling those attacking midfield spots with big names like Hazard and Salah, despite them being among the finest in Europe in their position.

Real also look in need of a major revamp up front after a disappointing season, though it may be that the answer to that is giving more playing time to a top young talent like Asensio instead of looking to replace him with more big-name and big-money signings.

That has always been the Madrid way, however, so it remains to be seen if Ramos’ advice falls on deaf ears.