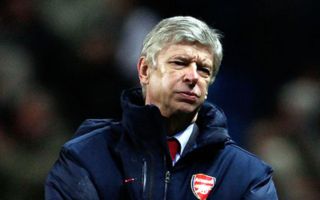 Arsenal have been dealt some bad injury news, after it was reported that Spanish defender Nacho Monreal could be about to miss their next four matches.

This is according to Sky Sports, who are reporting that the former Malaga star sustained his injury against Man City in the League Cup final last week, and that the left-back is definitely out for their clashes with Man City and Brighton, with it being possible that he could miss their tie against AC Milan in the Europa League.

Speaking about Monreal’s injury, manager Arsene Wenger stated that “He is out for the two games this weekend – Thursday and Sunday certainly. He might be out for two more games – Milan and maybe one more [Watford]”

Despite Arsenal’s struggles so far this season, Monreal has been a shining light for Arsene Wenger’s side.

So far this campaign, the Spanish international has scored five and assisted two in 28 appearances for the north London side in all competitions, a good return for a defender.

In total for the Gunners, the former Malaga star has amass a total of 202 appearances, scoring eight and assisting 13 in that time.

Although Wenger’s side aren’t having the best of season this year, that hasn’t stopped Monreal from putting in some stand out performances in recent weeks.

Following this news, it’ll be interesting to see how Arsenal cope without the experienced Spaniard in their side.

Arsenal team of the decade: Sanchez & RVP make it in despite controversial exits, no room for Ozil or Ramsey Dec 25 2019, 8:00
Arsenal FC

Unai Emery admits “there is a possibility” that Arsenal star could seal transfer away before deadline Aug 29 2019, 15:54
Arsenal FC