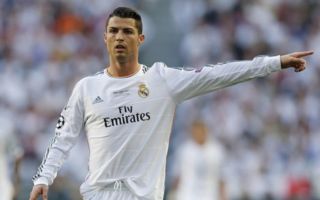 Real Madrid ace Cristiano Ronaldo has said that Florentino Perez is to blame for his side’s poor season, and not manager Zinedine Zidane.

This is according to Spanish news outlet Don Balon, who are reporting that the former Man United winger has said that Zidane is not to blame, but Perez’s decision in the summer as the reason for Los Blancos’ below-par performance this year.

The news outlet are also reporting that Ronaldo is angry with the time it’s taking for the club to offer him a new deal that we see him earn money that is on par with Lionel Messi, which he believes to be down to the fact that the club are preparing for the arrival of Neymar from PSG.

This season has definitely been one to forget for the reigning Spanish and European champions, with them currently sitting 14 points behind leaders Barcelona in the race for La Liga and being knocked out of the Copa Del Rey to Leganes being just a few things that have gone wrong for Los Blancos this campaign.

Despite their successes in the Champions League, Ronaldo’s Madrid have clearly been below par this season, with their ever-reliable stars as such as the Portuguese winger, Marco Asensio, Isco and Gareth Bale all performing poorly this year.

In his first two campaigns with the club, Zidane couldn’t have done much better, with the Frenchman guiding Los Blancos to two Champions League titles, a La Liga title, a European Super Cup, Spanish Super Cup and Club World Cup.

Perez’s impact at the Bernabeu has been massive, with the Spaniard responsible for some of the club’s biggest signings in recent history.

Should Madrid end up being knocked out of the Champions League, it remains to be seen if Ronaldo will change his mind and end up pointing the finger at Zinedine Zidane instead.