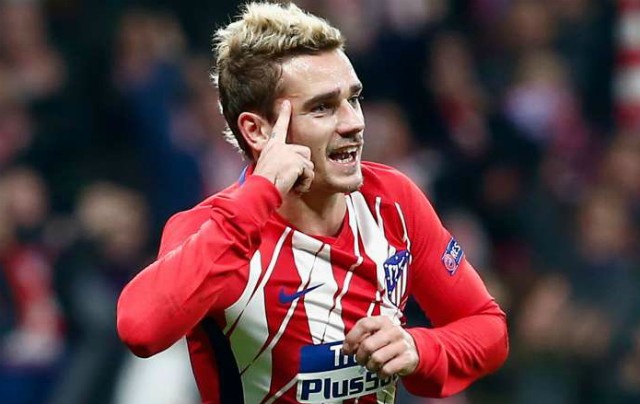 It’s fair to say that Atletico Madrid forward Antoine Griezmann is in great form right now as he scored four goals in the win over Leganes on Wednesday night.

The Frenchman has now scored seven goals in his last two games for the La Liga giants, taking his tally to 20 in 33 games so far this season.

Griezmann couldn’t have picked a better time to rediscover his best goalscoring form, as Atleti moved to within four points of league leaders Barcelona with the victory, with the pressure on the Catalan outfit when they face a trip to Las Palmas on Thursday night.

Further, the two sides meet at the Nou Camp on Sunday afternoon, in what promises to be a thrilling and tense battle which could play a major part in determining where the title goes this season.

As for Griezmann on a personal level though, he is in great form right now and as seen in the tweets below, he is making history with Atletico.

Not only did he become the first player in the club’s history to score back-to-back hat-tricks in La Liga, but he has joined Fernando Torres and Sergio Aguero in becoming only the third player to score 100 or more goals in all competitions for the capital club in the 21st century.

The 26-year-old has taken his overall tally to 103, and he’ll undoubtedly be hoping to add many more this season as his side aim for major honours as they remain in the hunt for the Europa League too.

Fernando Torres – 124 ?
GRIEZMANN – 103 ?
Agüero – 101 ?@AntoGriezmann is only the 3rd player to reach ? goals in all competitions for @atletienglish in the 21st century! ? pic.twitter.com/VfHjVKGz5k