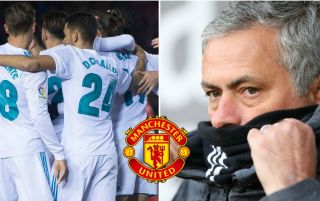 Manchester United have reportedly been cleared to sign as many as four Real Madrid players worth a total of around £291million, according to sources in Spain.

The Red Devils have recently been linked with a host of big names from the Spanish giants, most notably Gareth Bale and Isco as their futures at the club have looked in some doubt.

According to Diario Gol, those two are now looking set to be axed by Madrid in the summer as president Florentino Perez embarks on a major rebuilding project by offloading ten first-team players.

Among those are also two other United targets in Raphael Varane and Mateo Kovacic, of whom Jose Mourinho is understood to be a big fan.

With signings needed in defence, midfield and attack this looks like a great opportunity for United, even if it could prove an expensive venture.

With recent reports suggesting Bale could cost around £79million, Isco £133m, Varane £52m and Kovacic £26m, Mourinho would surely look to get those prices down if Real don’t have them in their plans.

In total, however, close to £300m on proven players who largely have their best years ahead of them doesn’t actually look like such bad business in today’s market, especially for a club with the resources of United – one of the richest in the world.

The Red Devils may presumably also be selling players in the near future, with the likes of Ander Herrera and Juan Mata among those who could in theory make way for Kovacic and Isco, while at least one of Chris Smalling, Daley Blind and Phil Jones could be sold to make way for Varane and ensure a decent amount can be added to the club’s transfer kitty.